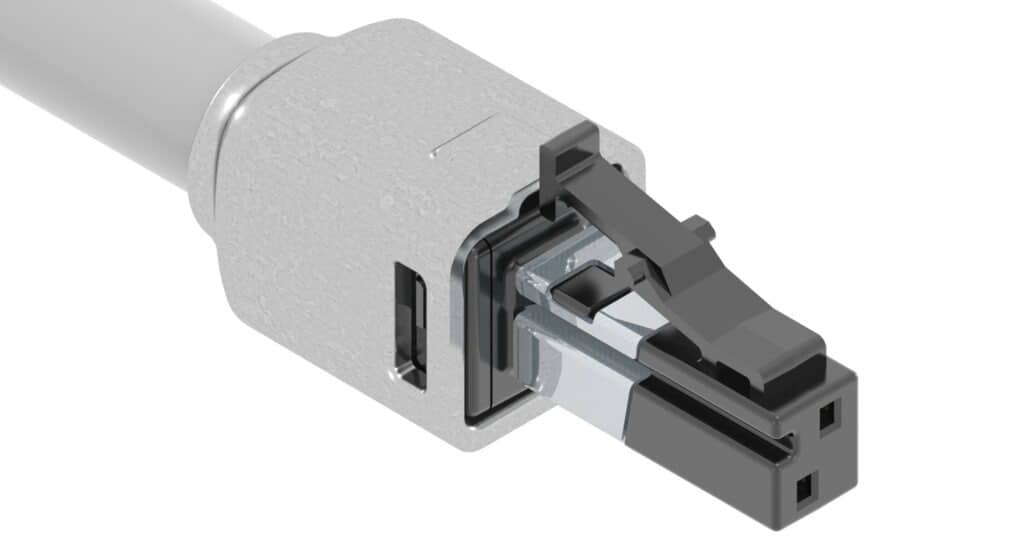 The interconnectedness of our digital world is fascinating and requires constant evaluation to ensure buildings have the right tools and technology to match the evolving times.

At Panduit, we have invested 6 years of development resources into Single Pair Ethernet, or SPE, standards. As the technology garners more attention, it’s important to look at how far the technology has come and how beneficial it can be to smart buildings going forward.

Ethernet installations have been rising dramatically in the last several years. No longer are they relegated to the Data Center, telephony and desktop PCs, it has reached into video monitoring, security, HVAC, wireless, and the many other subsystems of an intelligent building. There is potential for them to overtake legacy fieldbus networks, however for them to do so Ethernet needs to accommodate the needs of these fieldbus applications. For many of these applications, using an 8-conductor cable is overkill in terms of data transmitted and often power delivered.

Fieldbus applications have developed over the past decades from simple analog communication to digital communications over serial networks. These serial networks often operate over a single twisted pair. With the increasing scrutiny on security of fieldbus systems and the increasing desire to simplify the data flow from sensor to cloud, the advent of Single Pair Ethernet technology seems both well-timed and well-planned. Single pair cabling with LC-style connectors make sense, adding simplicity and reducing time to work for data transmission to the edge.

There are four areas where SPE generally can match or improve upon fieldbus technology: topology, security, power, and data.

Within topology, the development of single pair ethernet brings two topology options – point-to-point and multidrop – to transition multiple fieldbus applications onto ethernet. SPE can operate with a point-to-point topology using 10BASE-T1L communications to provide up to 1 km reach. SPE can also operate with a multi-drop topology using 10BASE-T1S, which allows up to 8 devices to connect on a 25-meter trunk with the same 10 Mb/s communication rate.

Security is the second area of interest, and one that is particularly relevant for smart buildings. It is notable that often the most accessible devices are at the edge of the network, and often communicate using serial communications that do not have integrated security. Network security has grown in importance and enhancement, as businesses and end users must work tirelessly to fend off cyber threats and attacks. When the corporate ethernet network is extended with Single Pair Ethernet using the entirety of the ethernet stack, security at the edge can be seamlessly integrated, as has been happening already in the rapid adoption of ethernet for manufacturing fieldbus.

Power is next. Most devices are now electronic and run off DC connections, but power is traditionally AC, and that means there are separate power or data devices needed for conversion. Wouldn’t it be better to be able to distribute power over the same line?

Where SPE can improve is to help produce power efficiency with centralized AC to DC conversion instead of running hundreds of “wall wart” power supplies throughout the building. Single pair ethernet, having standardized PoE-like power delivery, can efficiently deliver from a centralized source DC power needed for a specific device, ranging from 1 watt to more than 50 watts of power over a single pair.

The fourth area for SPE to improve upon fieldbus is within data, helping to better manage and streamline system operation. Data can go anywhere today. The difficulty faced is to program that data to go where it needs to, when it needs to. Happens today using a myriad of gateways and customized programming to get data exactly where the building owner wants it. Within buildings themselves, most of these building subsystems – think lighting, HVAC, security, etc. – tend to require unique expertise to implement this programming. When operated outside of the context of IP and ethernet, these systems are difficult to maintain by centralized resources.

When building operators frame out their vision of how a unified operations center can operate all their building subsystems, bringing edge devices onto ethernet is a helpful part of eliminating costly and brittle gateway conversion from serial to ethernet systems.  Single Pair Ethernet is a valuable tool to build an architecture where sensors and actuators can be directly incorporated into, and form the nerve endings of, the digital building.

This article contains the views and viewpoints of the author and do not necessarily reflect the views of TIA or its members.  Readers are encouraged to join TIA engineering committee TR-42, TIA’s Single Pair Ethernet Consortium, and TIA’s Smart Building Program to learn more and to join in the discussion.